Mississippi has the highest proportion of black Americans of any state, and is #3 overall with regard to total proportion of inhabitants in minority populations (www.census.gov).  Consequently, academic researchers in Mississippi have the opportunity, privilege, and responsibility to create educational/career opportunities that engage and empower individuals from the State's (and region's) minority populations.

The IGBB and its affiliated organizations have worked hard to foster the growth and development of groups traditionally under-represented in molecular biosciences, academia, and agricultural research. For example, the IGBB has developed and implemented a summer internship program aimed at promoting diversity in science and academia. This program, which originally involved training talented students from "historically black colleges and universities" (HBCUs), has been expanded to broaden the research backgrounds of HBCU faculty and foster long-term collaborative research. The intern program currently involves partnerships with the HBCUs Tougaloo College and Elizabeth City State University (ECSU).

Figure 1 shows interns that have have been trained by Peterson and/or the IGBB. The slide show above features the interns, visiting scientists, student workers, etc. 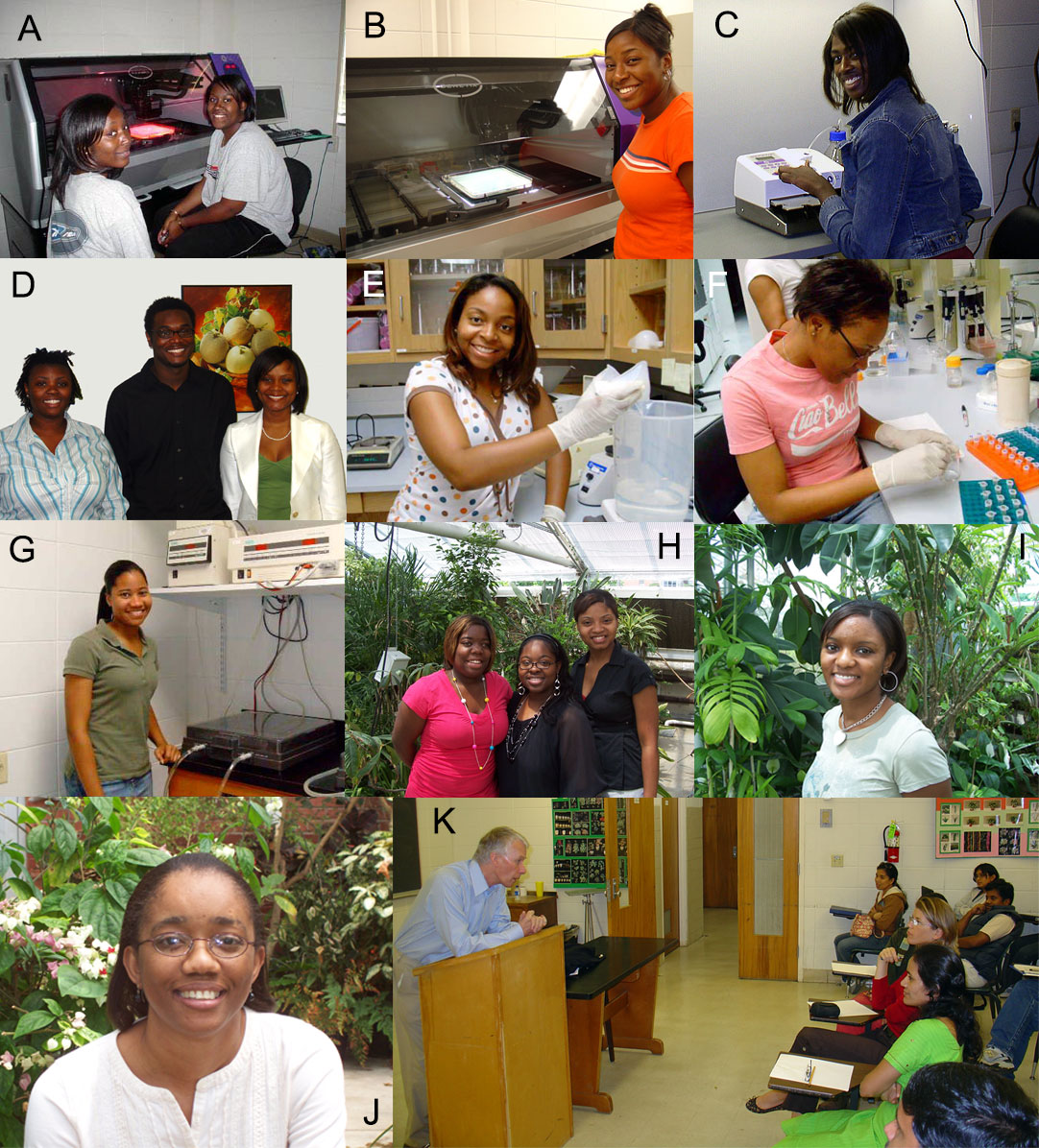 The IGBB is supported, in part, by the following units:

The IGBB is an HPC² member center.